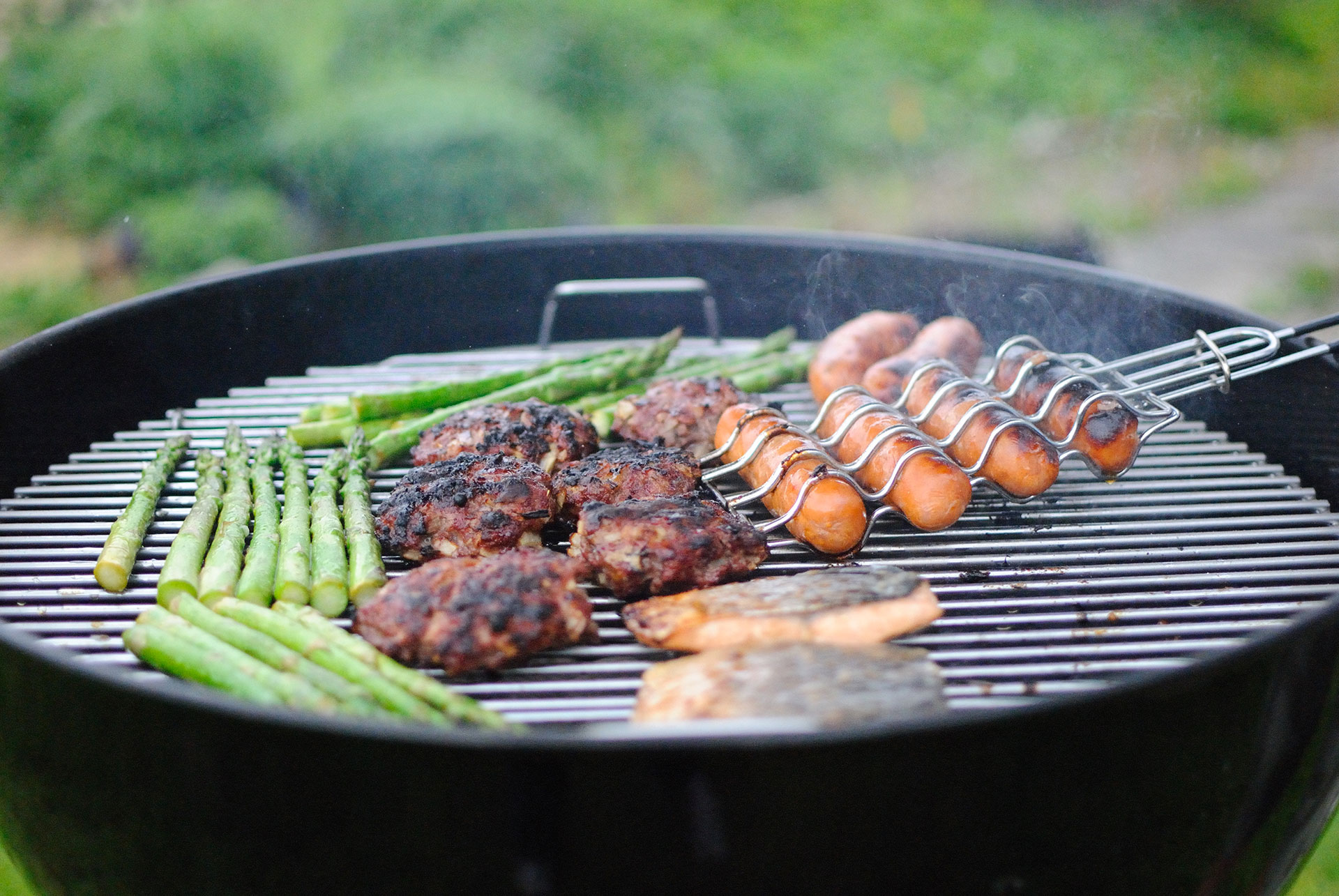 It’s barbecue season!! Bring on the ribs and the pulled pork, barbecue sauce, and coleslaw.

I love BBQ season because it means longer days, sitting outside, eating fresh foods (sometimes!), healthy protein and grilled veggies; it can also mean unhealthy condiments and other scary things too, yikes!

To help you navigate a healthy BBQ season I want to share with you some choices that you should try to avoid. I usually try to spin things from the positive side- like things to chose instead of things to avoid, but I do think giving you wonderful readers information on what to avoid is also important! So here we go.

Now, I’m not saying to avoid all veggie burgers but you certainly want to know which veggie burger to pick. Many are really quite devoid of protein, loaded with carbs and salt, and also can often have a lot of processed (and bad for you) soy protein too. If you’re looking for a good meatless burger try this Beyond Meat burger – it’s made with pea protein (sounds weird but they’re delish!)

There’s nothing American or natural about American cheese. American cheese is made from a mixture of somewhat natural things- however, what’s the yellow color all about? Some are definitely better than others – like this Horizon Organic American Cheese– uses a natural coloring agent- so if you want American this is the one to go to. Regardless, try to stick to a more natural cheese- and always use organic!

Certain companies use corn syrup as their #1 ingredient in BBQ sauce- and corn syrup is not only entirely processed but it may make you hungrier too. Avoid it whenever possible. I love my wings in BBQ sauce too- but try to find a more natural BBQ sauce like Annie’s Organic BBQ Sauce– which is free of corn syrup (they use molasses instead that actually has quite a good amount of antioxidants- I may have surprised you with that one!).

Sorry you potato salad lovers but potato salad isn’t really a salad and instead ends up being a vat of extra calories, salt, and mayonnaise. A serving of potato salad can have up to 200 calories per 1/2 cup, only 1 g of fiber (meaning it won’t keep you feeling full), 700-800 mg salt, and a lot of carbs. I don’t really have a good alternative that’s too similar for this one- try to at least cut down on volume of potato salad you’re eating and go for more veggies instead! Even grilled corn on the cob would be better.

UGH again! Sorry about this one, but I do have a better alternative… so keep reading. Many conventional hot dogs are just loaded with crap- hormones, salt, and a lot of processed stuff- not to mention they’re made from “trimmings” of other better cuts of meat. Some research suggests that even eating processed meat on a regular basis can increase risk for colon cancer. Do yourself a favor and if you’re going to eat hot dogs- because they’re tasty, I agree- try to buy really well sourced products- like those made from organic/unprocessed ingredients. Like for example here’s a few options:

Enjoy your barbecue and try to make some healthy sides! Here’s a few of my favorites!

🌟BEST WAY TO RELAX YOUR NERVOUS SYSTEM! 🌟I g

🌟BEST WAY TO RELAX YOUR NERVOUS SYSTEM! 🌟I g

Don’t miss any of Isabel’s Lifestyle and Wellness Tips. Get our free newsletter here (packed with recipes, tips, announcements, and more).